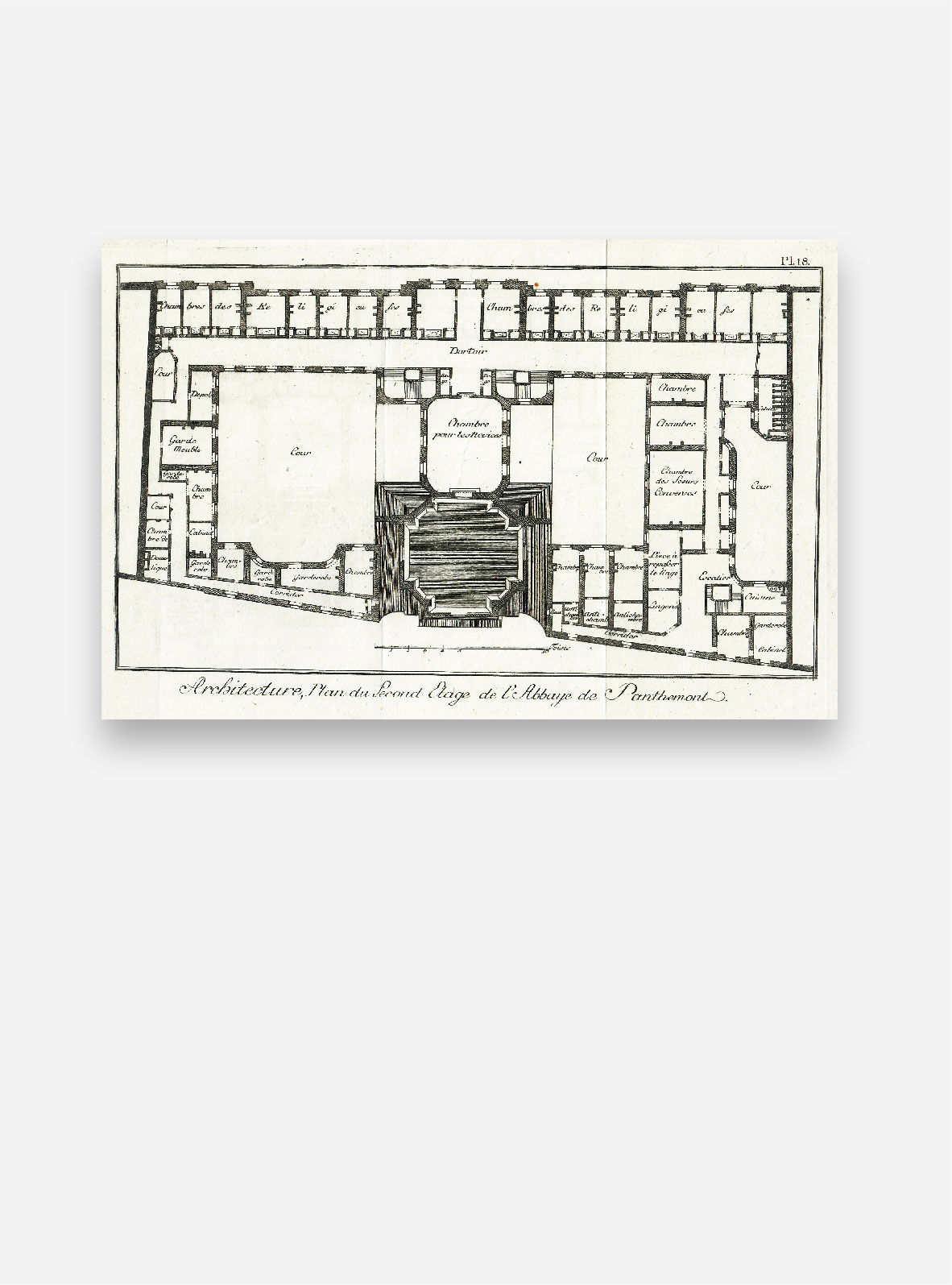 Our fine art reprint of an original 18th century floorpan designed for Abbaye de Panthemont (here in the old spelling) in the heart of Paris. The abbey had been build in 1672 for Cistercian nuns and was remodelled in 1745, period this plan is most likely to relate to. During the 18th century the convent was also one of the best educational institutes in Paris for the daughters of the aristocracy. Thomas Jefferson sent two of his daughters there. During the Revolution of 1789, the Abbey was confiscated and the beautiful neoclassical chapel chapel converted into a grain store. In 1844 however it became one of the first Protestant churches in Paris and still functions as such.

Thanks for your message! We’ll be in touch soon.

This website uses cookies to improve your experience while you navigate through the website. Out of these, the cookies that are categorized as necessary are stored on your browser as they are essential for the working of basic functionalities of the website. We also use third-party cookies that help us analyze and understand how you use this website. These cookies will be stored in your browser only with your consent. You also have the option to opt-out of these cookies. But opting out of some of these cookies may affect your browsing experience.
Necessary Always Enabled
Necessary cookies are absolutely essential for the website to function properly. This category only includes cookies that ensures basic functionalities and security features of the website. These cookies do not store any personal information.
Non-necessary
Any cookies that may not be particularly necessary for the website to function and is used specifically to collect user personal data via analytics, ads, other embedded contents are termed as non-necessary cookies. It is mandatory to procure user consent prior to running these cookies on your website.
SAVE & ACCEPT